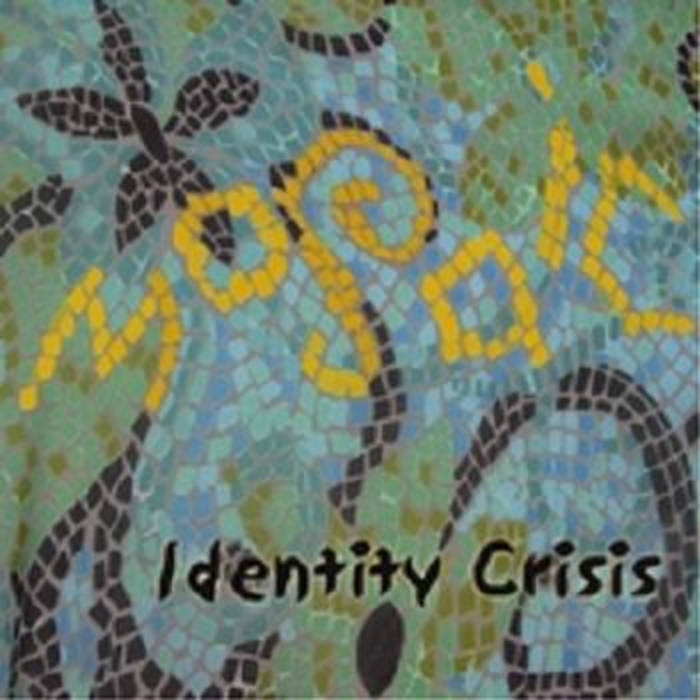 Although primarily a jazz band, Identity Crisis has made "Mosaic" a CD that uses many styles beyond jazz to tell a story. Each song is its own piece of the story, each in its own musical genre.

Being a love story, the listener is taken from the beginning of a relationship, where love is objectified and obsessive. The songs then reveal attempts at some form of reality in trying to understand and maintain a romantic relationship. The relationship fails and the songs express the consequent sadness, grief, forgiveness and memories.

The story is not directly narrated, but the emotional arc of the CD leaves a powerful impression of textual beauty and style, apparent at the very first hearing.

The songs vary widely in style, from Bossa Nova to eight-bar blues to art song with string orchestra. The story and musical ideas hold the album together. These musical ideas (a particular bass line, orchestrations, etc) give coherence, form, and continuity to the many different styles.

Mastering is by Charlie, Bubba, and Tim.

All songs are published by Phinney Farm Publishing, ASCAP.


A note from Charlie:

There are a lot of people to thank, and many to apologize to. It's been a long process and without these people's help and support I couldn't have done it. Obviously Diane and Terry, Jean, Don, and Larri were very important in getting it all together. Especially important is Jean: it is her CD and for her; it is a vehicle for and testament to her great voice as much as anything.

Some others that were very important include Melanie Fernandi, Rob Duisberg, John Hiestand, Jim Pilon, Rick Bowen, Brian Kirk, Trileigh Tucker, Pat Johnston, Kelly Fernandi, Helena Stephens, Beatriz Salgado, Adriana and Gabriela; and Kyle, Will, and Sara Mishler, thanks for letting me take so much of her time. Other contributors are Cathy Sims, Kathy Hettel, Jessica Lowe, Bob Hoover, Shelley Simon, Tessa Archer; and Father Paul Magnano, thanks for the direction and the olives.

As long as she can remember, Jean Mishler identified herself as a singer, but never really wanted to fit into any specific genre. Classically trained, she desired a bridge between her infatuation with all things European and her adoration of American musical theater and jazz. In love with music, it no longer matters that she fits a niche and she happily melds all her influences into one. ... more

Bandcamp Daily  your guide to the world of Bandcamp